Dear traveler,
this is the form to receive the quotation of "your trip" created by our professionals with decades of experience on the destination you will choose!

Ours is a tailor-made work and for this reason we ask you to carefully fill in all the fields of the form below.
A personalized creation requires time, which we estimate in 3-4 working days, to choose the services, the area companies and the best combination of excursions.

Thank you for your respect for the passion and care we will put into creating "your trip"! 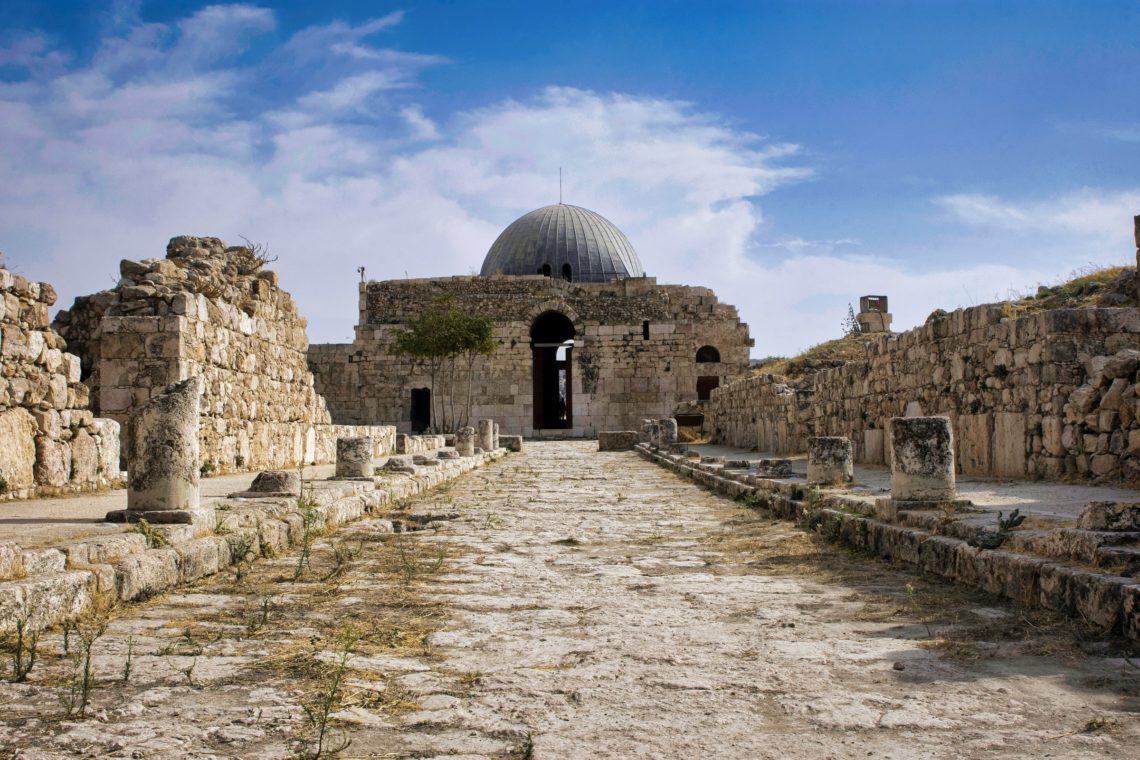 Jordan Land of Faith is an itinerary that traces the great biblical story dedicated to the Hashemite Kingdom of Jordan. The Old Testament, through the words of its prophets Abraham, Job and Moses, says that God manifested himself for the first time right here in the Land of Jordan. This land witnessed the passage of many prophets, from the historic journey of Moses and the Israelites to the incredible ascent to the Christian faith announced in the New Testament by John the Baptist. An area of great spiritual importance, the only territory in the Holy Land that extends from the east side of the Jordan River to the Dead Sea, which brings together the lives of Moses, Joshua, Elijah, John the Baptist and Jesus. Today, in Jordan, you can visit the major sites of the Faith: The sanctuary of Bethany beyond the Jordan, the 4th century church in Umm Qais, the Byzantine church of St. George in Madaba.

Departure for Amman with scheduled flights, according to the availability. Arrival at the Amman airport. After the arrival, baggage collection and handling of border formalities and transfer to the hotel.
Dinner and overnight at the hotel in Amman.

Breakfast. Meeting with the English speaking guide and departure for today's visits. The first stop will be the archaeological excavations of Pella (third city of the Decapolis), the old Panuel. According to the genesis, Panuel is the name given by Jacob to the place where he fought all night with God who had assumed the form of a man. The imposing Temple is one of the best preserved sites dating back to the Old Testament. At the end, we will continue north and we will make a short stop at the Yabbok River, a tributary of the Jordan, which in the Bible marks the northern border of Moses's conquests. We continue with a visit to Umm Qais (ancient Gadara, city of the Decapolis) to visit its Greek and Roman ruins, and the black basalt buildings which give it a unique atmosphere. From the site you can also have amazing views of the Golan Heights and Lake Tiberias. Last visit of the day is the shrine of Our Lady of the Mountain of Anjarah, an ancient biblical territory of Gilead where Jesus passed in the last months of his life. At the end, return to the hotel in Amman for dinner and overnight.

Breakfast. Meeting with the English speaking guide and departure for a short visit of the city: the Roman theater, now restored, which can accommodate up to 6000 seats, the citadel, and the museum. Then continuing by bus to visit the Cave of the Seven Sleepers, the place that celebrates the incorruptible faith in an only God and goes back to an ancient Christian narrative, also taken up by the Koran. Continue to visit Jerash, the ancient Gerasa. The city was discovered under a thick blanket of sand in 1806 by the German Seetzen, but excavations began only in 1920, revealing that the city had been inhabited since the Neolithic period: 6000-4000 BC. Jerash is reputed to be one of the most beautiful and best preserved Roman cities in the Middle East. Gerasa was founded by Alexander the Great around 332 BC. and it became one of the most beautiful and richest cities. It was conquered by the Romans in 63 BC. and established important commercial relations with the Nabataeans of Petra and with the other cities of the Decapolis, the League of the Roman Province of Arabia, of which he was a member until 90 AD. when with the progressive development of the city of Palmyra in Syria, the splendor and importance of Jerash were tarnished.
At the end, departure for Madaba, dinner and overnight at the hotel.

Breakfast at the hotel. Visit of Madaba, known for its mosaics, one of which represents the map of Palestine, dating back to the sixth century, preserved in the Greek Orthodox church of Saint Jeorge. Continue to Mount Nebo where the monument dedicated to Moses is located. This place is one of the most revered in Jordan as a legend says that Moses lived and is buried here. The panorama that can be enjoyed over the Jordan Valley to the Red Sea and the roofs of the houses of Jerusalem and Bethlehem are spectacular. At the end of the visit we continue to the imposing fortress of Mukawir, the residence of Herod, the Roman ruler of the region at the time of Jesus. Mukawir too, like Masada on the Israeli side, was the scene of a siege by the Jews against Rome. Heading to the south, we will arrive at the site of Umm Ar Rasas, a city named in the Old and New Testament, known above all for its mosaics and for the church of Saint Stephan, whose mosaic represents the 27 cities of the Holy Land mentioned in the Old and New Testament. Return to Madaba at the end. Dinner and overnight at the hotel.

Breakfast and departure for today's visits. The itinerary includes a first stop in Bethany, the place where John the Baptist lived and where Jesus was baptized. This place was officially discovered in 1996 and recognized by the Vatican as the site of the baptism. We will visit the recent archaeological excavations of the cave where John the Baptist lived and worked, which was transformed into a church in the Byzantine era. At the end we will continue to the south to the Source of Moses which according to the tradition is the place where Moses hit the rock making the water flow.The Bible tells that Moses was not allowed to enter the Holy Land, but only to see it from Mount Nebo , for he had struck the rock with a stick instead of speaking to it as God had commanded. Continuation to Petra. Accommodation in the hotel for dinner and overnight stay.

Breakfast. Full day dedicated to visiting this splendid city, which originally was the capital of the Nabataean kingdom and the Roman Province of Arabia, called Wadi Musa by the Arabs.
Often described as one of the eight wonders of the ancient world, Petra is doubtlessly Jordan's most precious treasure and its greatest tourist attraction. It is a vast city with unique characteristics: the Nabataeans, an industrious Arab population who settled in this area over 2000 years ago, created it from the bare rock and transformed it into a crucial hub for the trade routes of silk and spices, thanks to which China, India and South Arabia were able to come into contact with Egypt, Syria, Greece and Rome.
You can enter the city through the Siq, a narrow gorge, more than 1 kilometer long, flanked by steep cliffs 80 meters high. Crossing the Siq is a unique experience: the colors and rock formations leave the visitor speechless. Once you reach the end of the Siq, you will finally see the Khazneh (the Treasury). An imposing façade, 30 meters wide and 43 meters high, created by the bare rock, pale pink color makes what is around it seem insignificant. It was excavated in the early 1st century to be the tomb of an important Nabataean king and witness the architectural genius of this ancient people. As soon as you enter the Petra valley you are overwhelmed by the natural beauty of this place and its architectural wonders. There are hundreds of tombs carved into the rock with intricate carvings: unlike the houses, for the most part destroyed by earthquakes, the tombs were dug to last forever and 500 of them have survived, empty but fascinating from the moment you walk in. the threshold and you enter their darkness. Here there is also an imposing Nabataean building, a Roman-style theater, capable of accommodating 3000 spectators. Obelisks, temples, sacrificial altars and colonnaded streets are visible, while the imposing Monastery of Ad-Deir dominates the valley from above: to visit it you have to climb a staircase of 800 steps carved into the rock.
The first settlements of Petra date back to the sixth century BC, by the Nabataean Arabs, a nomadic tribe that settled in the region giving life to the first commercial activities of an empire that would have extended to Syria. Despite repeated attempts by the Seleucus king Antiochus, the Roman emperor Pompey and Herod the Great to subjugate Petra to their respective empires, Petra remained in the hands of the Nabataeans until 100 AD. about, when the Romans managed to conquer it. It was still inhabited during the Byzantine period when the Roman Empire turned its attention east of Constantinople, but its importance soon waned. The Crusaders built a fort here in the 12th century, but retreated early leaving Petra to the local people until the early 19th century, when it was rediscovered by the Swiss explorer Johann Ludwig Burckhardt in 1812. Return to the hotel in the afternoon. Free lunch . Dinner and overnight.

Breakfast. Departure to the north to return to Amman. Along the way we will stop at Lot's cave, the place where Lot and his daughters would have taken refuge in the escaping from the destruction of Sodom and Gomorrah. Lot's wife had been turned into a pillar of salt after she turned to look at the burning city. At the end, continuation of the journey to the Dead Sea where you will have the opportunity to bathe in its salty waters before returning to Amman for dinner and overnight.

Breakfast at the hotel. Transfer to the airport.
Departure for Italy with scheduled flights.

Tariff per person, starting from:

Tips are not mandatory but are expected by drivers and guides.

To participate in this trip, you need a Jordanian visa which you will obtain collectively upon arrival at the airport.

Passengers’ personal data must be sent to GO ASIA: name, surname, as per passport, number from the same place and date of issue and expiry.

The passport must be valid for at least six months.

Exchange rate variations with fluctuations greater than 3% will result in an adjustment of costs and will be communicated within 20 days of departure.

Currency block: € 50 per file. The customer has the possibility to permanently block the cost of ground services which will no longer be subject to currency fluctuations. The request must be made simultaneously with the confirmation.

The tariff does not include

Search the closest agency to you 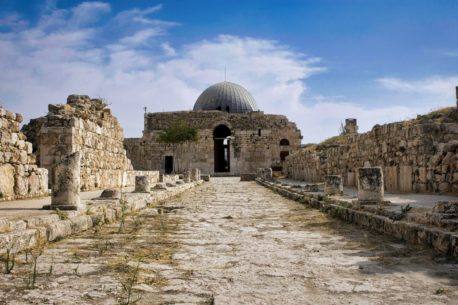 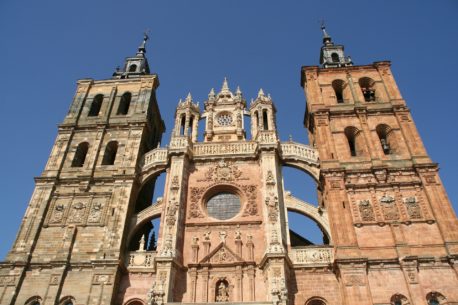 The Way to Santiago: French Route from Leon 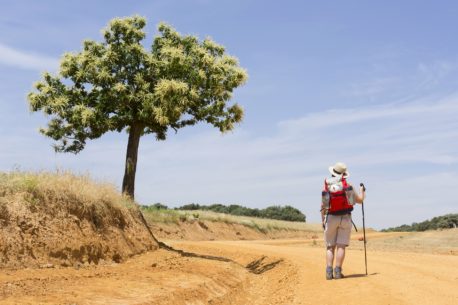 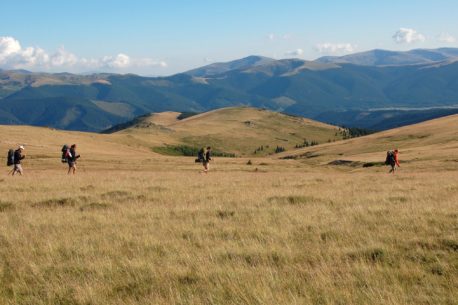 Portuguese Way of Santiago from Tui

Our Tour Operators at your service for your travel experience without borders. Click and go.

Our clusters: realize the dream of a trip for your needs and passions. Click and go.

We make it easy to plan and arrange a business or work trip. Click and go.

Dedicated to travel agencies. Click and do business with Go World.

For social media lovers. Click and dream about your next trip.